The Kindy children at Penguin Childcare Cairns North had a visit from Zoo To You! The children were able to get up close and personal with many of the ocean/water animals they having been learning about in our current topic of ‘Where the Forest meets the Sea’.

There was a variety of animals to see and most of the children were brave enough to touch the animals – though some children moved very far away from the baby crocodile! Snap!

The children met a mosaic sea star and a blue sea star – these can grow very big! The children counted the sea stars arms and compared them to how many arms we have. “I wonder what we could do with five arms?” one of the children said. 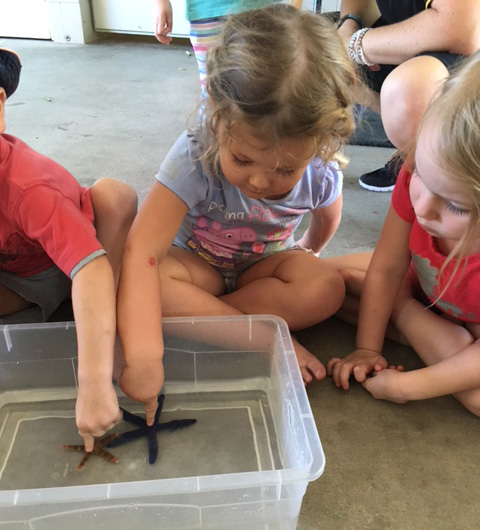 The children touched the starfish and commented that they felt “smooth” and that they “live in water.” They also learnt that sea stars have legs underneath with hundreds of little feet that come out and help them move. In the centre of their bodies is their mouth – Caitlyn pointed out that they eat coral (nice one!). An interesting fact is that they throw their stomachs out onto the coral to eat – the children all thought this was very disgusting!

We also got to meet and learn about hermit crabs, sea cucumbers and baby sharks. We gave the hermit crab a wave to encourage him to come out of hiding. The children were asked what other animals live in shells and the children responded, “Crabs!”  They got to see some of the new shells a hermit crab might use when he grows bigger and listen to the sound of the sea in an enormous shell! 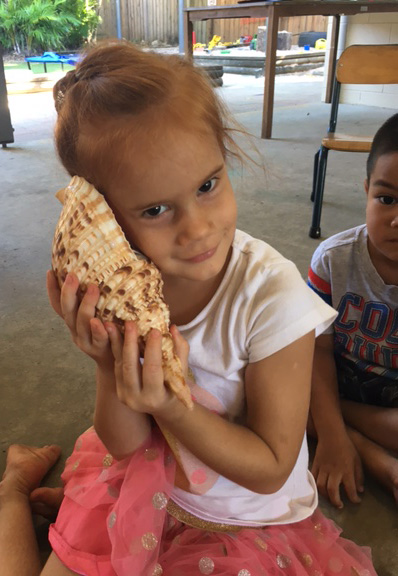 Who knew that sea cucumbers were important for the environment? They eat sea sand, munch it in their tummy and clean sand comes out the other end! Who will think twice about building a sandcastle now? The children all thought this was both funny and a bit yucky!

The baby shark was very wriggly, as was Crunch, the baby crocodile. We also got to meet a very friendly long-necked turtle named Sheldon, who gave all the children a little fright when he moved very quickly towards them, heading for the playground! We learnt his special shell is made of the same material (keratin) as our fingernails and he needs to dry out his shell every so often to keep it hard and safe from predators. 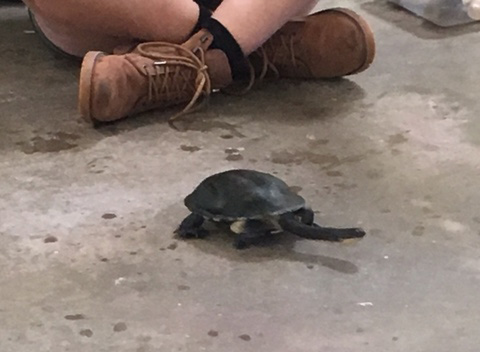 Check out our photos from the Zoo To You visit: 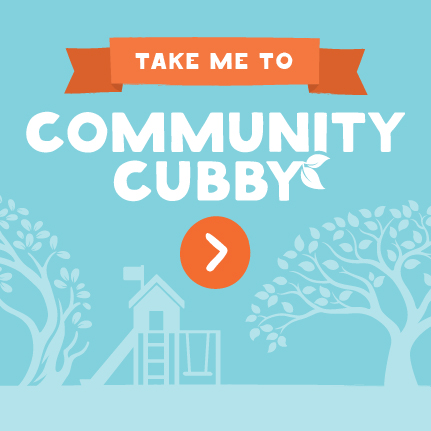